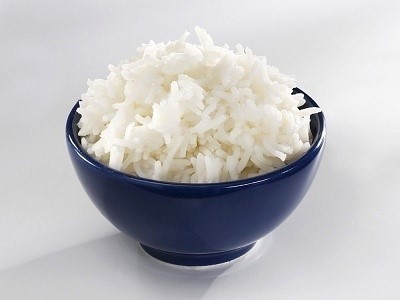 One day I found myself helping a patient from Nigeria with suboptimally managed diabetes and hypertension. This patient’s diet included many traditional Nigerian foods, and he was having difficulty managing his blood sugars and blood pressure.

Cuisines from West Africa are varied and rich in culinary tradition. This patient encounter provided me an opportunity to learn about the cuisine from this part of the world so that I could ensure that this patient could continue eating traditional Nigerian foods and also maintain a low carbohydrate, high fiber and low sodium diet.

Nigerian food tends to use a variety of spices such as thyme, ginger, nutmeg, cloves, habanero, pepper and scotch bonnet, which make food very flavorful and appetizing. Palm and peanut oils are used to enhance the flavors of soups and sauces.

Rice is a staple that is consumed in every part of the country and has several preparations such as coconut rice, jollof rice, and fried rice that are combined with corn, spinach, tomatoes, onions, peppers, eggs, beans and ground meat. A healthier alternative to white rice can be brown rice, which has more fiber. Portion control is key especially when rice is combined with other starches such as corn or beans.

Nigerian food is usually balanced with meat or protein-containing foods such as beef, mutton, chicken, fish and other seafood such as prawns, clams, or crabs that are used to make soups and stews.

Soups are a huge part of Nigerian cuisine. These include Banga soup (palm nut soup), Miyan kuka or Luru soup (powdered baobab leaves and dried okra), and Ewedu soup (jute leaves soup). The ingredients used in these soups range from condiments that are found locally, such as locust beans, to vegetables such as bitter leaf, water leaf, pumpkin leaves and spinach. These soups often contain broth or dried fish that are high in sodium. An important point is that the soups can be paired with starchy foods such as Fufu, Eba, Amala and pounded yam, which are all very high in carbohydrate content.

After learning about this cuisine, which has such variety, I wanted to empower my patient to eat balanced meals and enjoy his traditional foods, by substituting and limiting certain foods, which in turn might subsequently improve blood glucose levels.

Some basic rules include: